The San Francisco Giants made it to the play offs and I was lucky enough to go to the first game with some friends. We took the train into San Francisco, grabbed some snacks, and enjoyed the beautiful weather. Here is the view from the pier behind the ballpark: 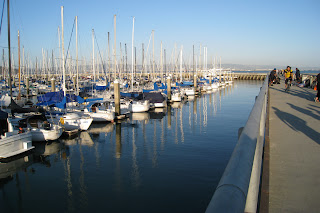 Can you believe how amazing the seats were? We had first row seats. I haven't sat in the bleachers in a long time and the atmosphere was incredibly energetic! We talked to so many people and gave out high fives to everyone. It was the best game I have EVER gone to. 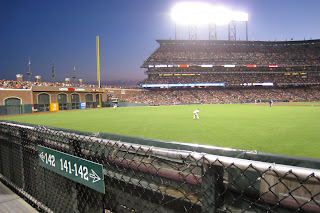 I love this photo of the four of us. The usher and people in our section were very friendly and took lots of photos for me. 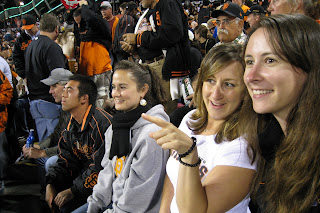 The characters sitting in our section photo bombed us a couple of times. :) I laughed so hard at some of the surprise memories captured. 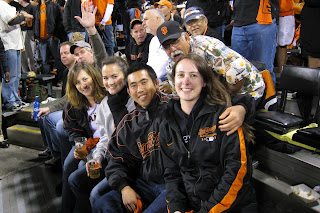 We saw several people we knew at the game and had a few visitors since our seats were so great. The best part was that our team won! After that we headed to Tres Agaves to celebrate with a bunch of fans. We made a lot of friends, including on the train ride home. What a night!
Posted by Michelle at 10:27 PM