I did a wedding video on Valentine's Day in Jenner (near Bodega Bay). Valerie and I drove up there early in the morning so we'd have plenty of time to set up. It was gorgeous lighting and I wanted to stop and take photos but I conveniently left my camera at home. Its best that I did since we needed to get to the wedding. I definitely plan to go back and take some photos!

It was an incredible experience. The bride had Cherokee heritage so they had two ceremonies. The first one was my dream wedding. They did the ceremony at Goat Rock Beach and then the photographer brought them onto the beach and had a mini photo shoot. I got some great footage of the couple walking to and from the water. The only thing that's going to make the video difficult was the wind. I think we'll have to put some music over to cover up the bad audio.

The second ceremony was up at the house. They changed into Native American regalia and did something out on the deck that overlooked the ocean. I'm not entirely sure how to explain it. They poured different things into small glass viles and then the officiant played the flute. He and his family were dressed in full Native American regalia for both ceremonies. I felt so lucky to be included in the bride & grooms day (their were 15 of us total).

I was tired after that so Dan & I just went out to Chevy's for dinner. We had a pretty quite evening.

Saturday was a hectic day in a wonderful way. After I got off work I drove to Picture Me Perfect in Fremont to meet Marie. I was so happy to finally meet in person. She was just as cool as I imagined! We had a great time goofing off. I met a lot of great people and hope to visit again. 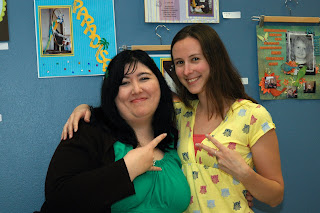 We took a class with Kerry Lynn Yeary making a fun mini book. I made a mess and had a blast doing it. I'll post pictures of it when I complete it. 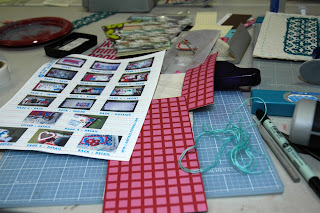 Here's a picture Marie took of me with Kerry Lynn. She is an incredible teacher. I love how she didn't rush me (I am such a slow scrapper). 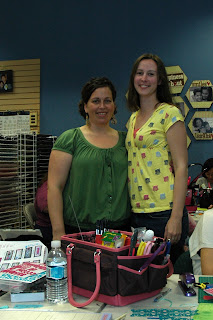 I also met the amazing Nikki Peterson. She was wearing a yummy camera shirt that I decided I have to get. I asked her where she got it and she said Thailand! I'll be searching for that one for a while!

I was sad to say goodbye, but I had to rush back to San Francisco for a night at the symphony with Dan and Zena. We heard beautiful movements by Tchaikovsky. It took half the night for me to pronounce it correctly. My favorite part was intermission when I went to the balcony for some night shots of City Hall. I adore my gorillapod! 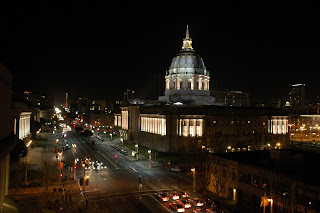 Jessica called me and we hung out a lot on Monday. I got an itching for an adventure, so we drove south along the coast to Half Moon Bay and had lunch at a cute little deli that I adore. We couldn't be leave without checking out this amazing antique store called Half to Have It. I thought of Michelle while we rummaged through vintage post cards. I didn't find anything that really jumped out at me. I was really just looking for an old book to tear into. I think I'll be checking out garage sales with my mom. 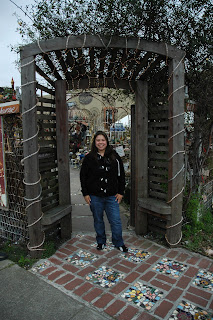 As we were walking back on main street this cute little store front caught my eye. Made me think of scrapbooking. Big surprise! 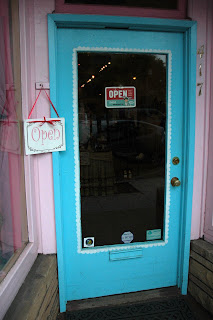 We decided it would be fun to go bowling. I called up a few people to see who would be interested in some late night bowling at Serra Bowl. Jason was in the bay area for a smog test so he joined us. I tried to get Kelley to join but she already had plans. That's what happens when I'm spontaneous! We had a fun time bowling to the music. I really can't bowl but enjoy it anyway. 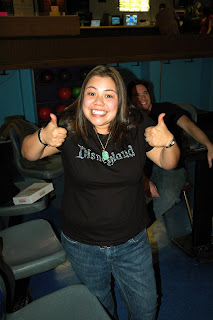 Tuesday was a day to go down in in history. I beat my grandma at Scrabble! Only by 9 points but I was so happy that I can finally give her a challenge!

I have been watching a lot of movies like crazy because I wanted to put my netflix on hold for a while. My most favorite was Across the Universe. I heard it was great but I had no idea that it was a musical of entirely Beatles music. How much happier could I get? the cinematography was incredible. I urge you to go out and rent it if you haven't seen it yet.

Finally saw Becoming Jane. I've been waiting forever since no local theaters showed this. I have to say I was a bit disappointed in it. It wasn't as great as other Jane Austen movies. It did motivate me to read up on her a bit to see if Hollywood took liberties (and I knew they would). I really want to read her books now!

I'll have more pictures and stories soon of what else I've been up to. I'm going to go try catching up on blog reading that I've been neglecting.
Posted by Michelle at 8:51 AM

oooh..that class looks like it was fun!! Kerry lynn and Marie?? lucky!! he he...and vintage postcards (sigh)...=) I love antique stores! And Across the universe was awesome...the whole Strawberry fields part with the shots of her in the dorrway and the lighting was just fab..love it, love it..=)

That wedding sounds amazing.... I love interesting weddings, it's nice to see couples really express themselves.

I bet Kerry Lynn's class was awesome!
cute photo of you and Marie!

man, I really need a gorillapod...

congrats on the scrabble!

Hahahahahahaahaha!!! Look at how big my boob looks! LMAO! Ok you are one freakin busy lady!! You have so much fun! You rock sistah! I loved our class and to meet you was the best!

Feel free to invite me to the garage sale shopping some day! LOL. I was at Half Moon Bay yesterday, I should have read your blog about the vintage store first!

The wedding(s) sound absolutely beautiful! And, how amazing to take a class from Kerry Lynn! Such fun. Glad you finally got to watch Across The Universe. I have to say that it is now my favorite movie...just such an amazing film!